The charming Medieval Castle of Tavoleto – 947 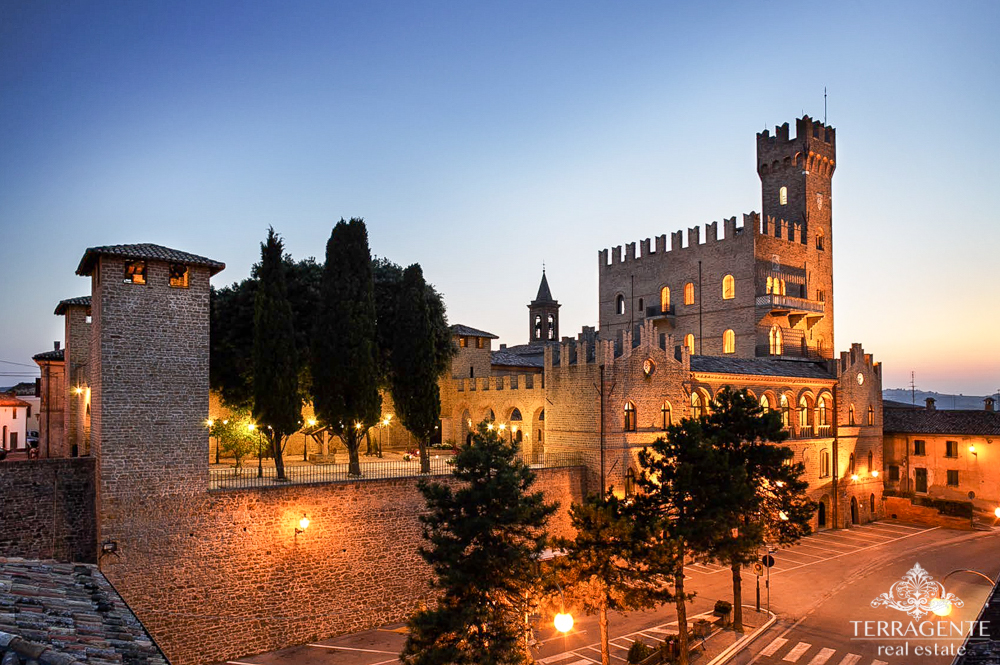 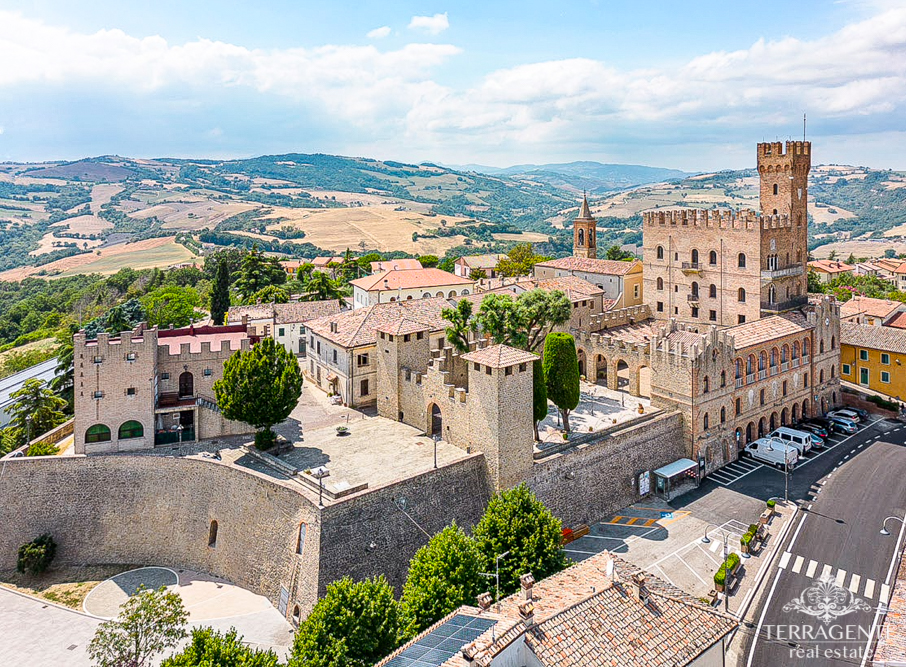 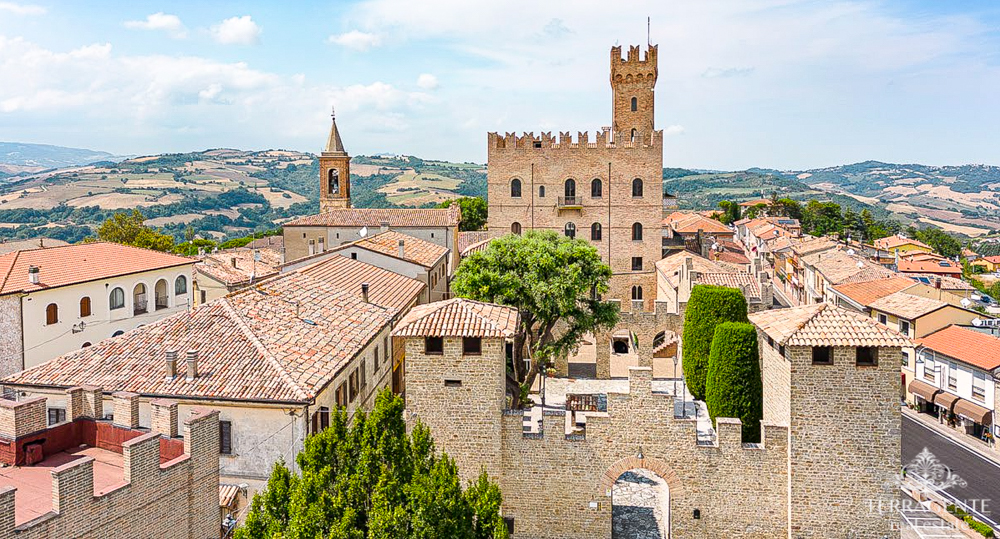 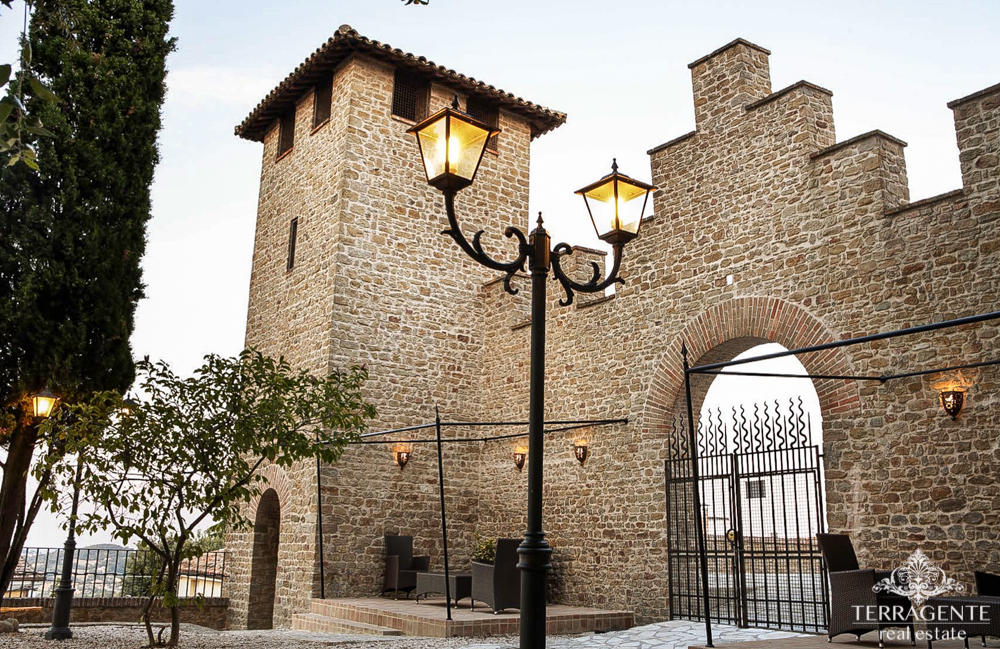 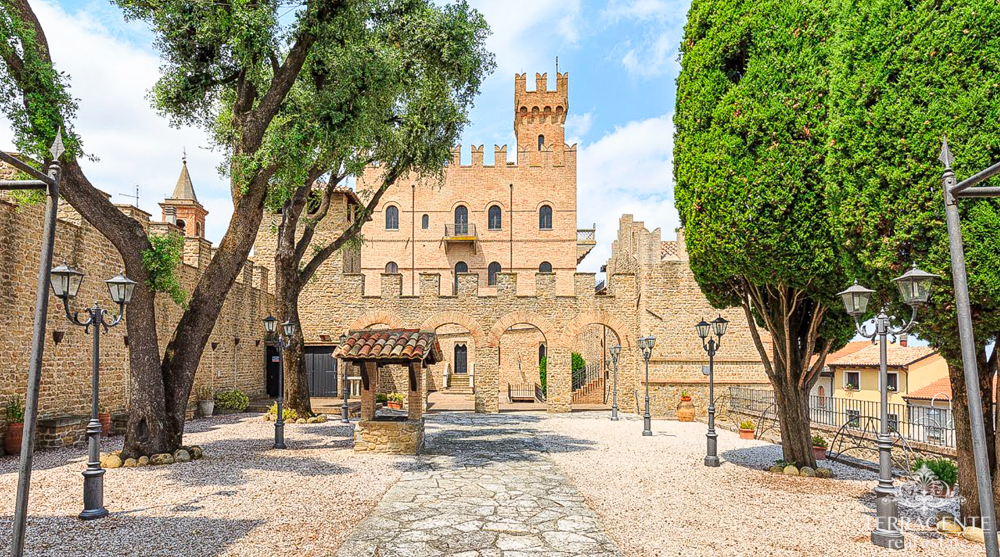 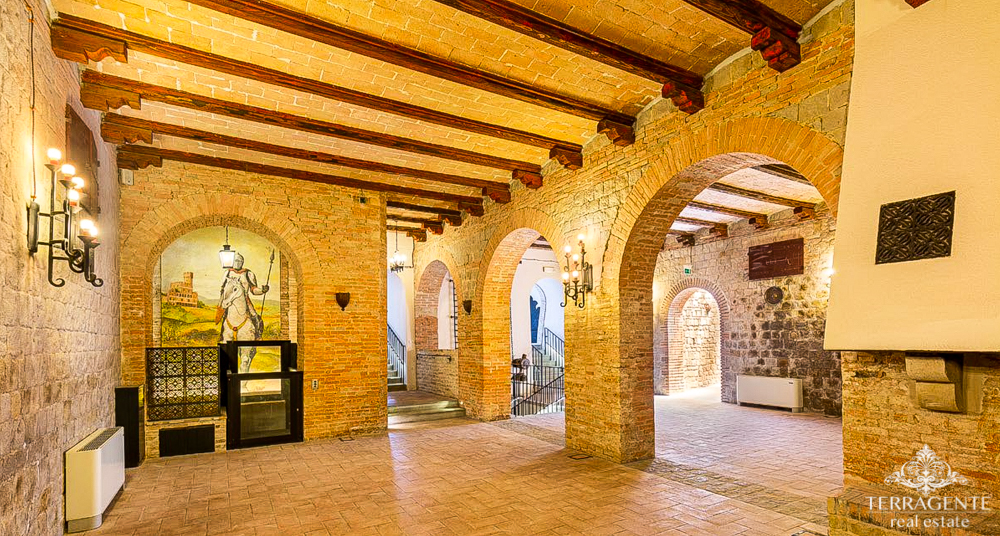 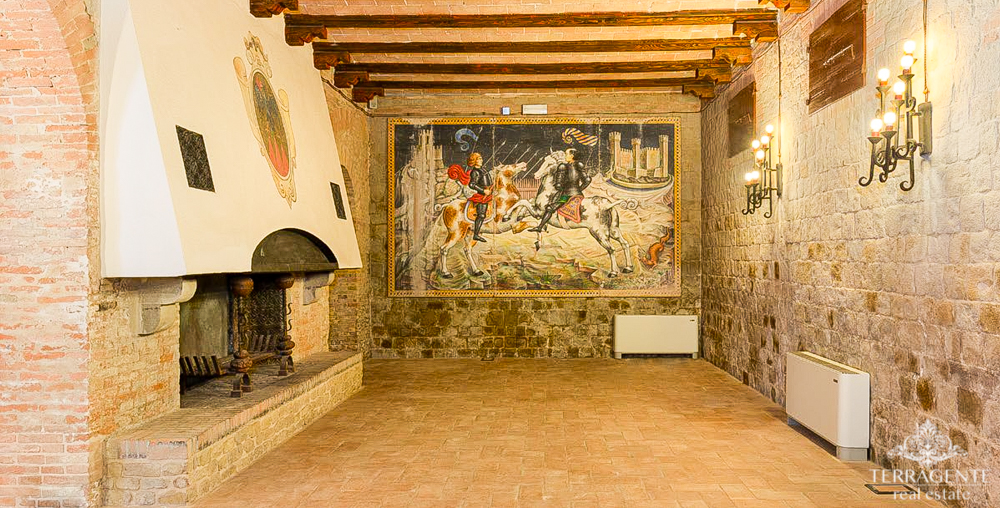 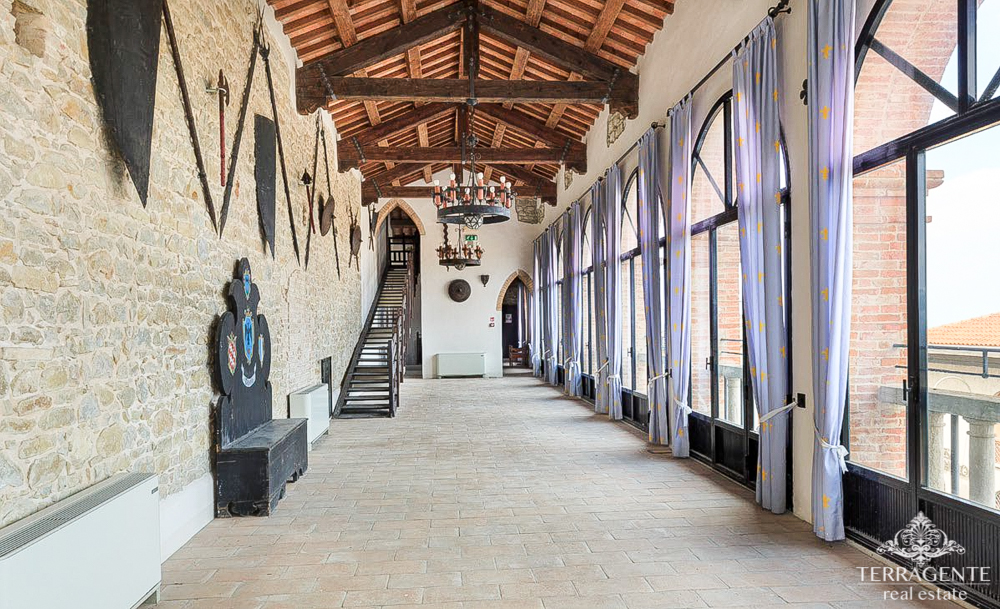 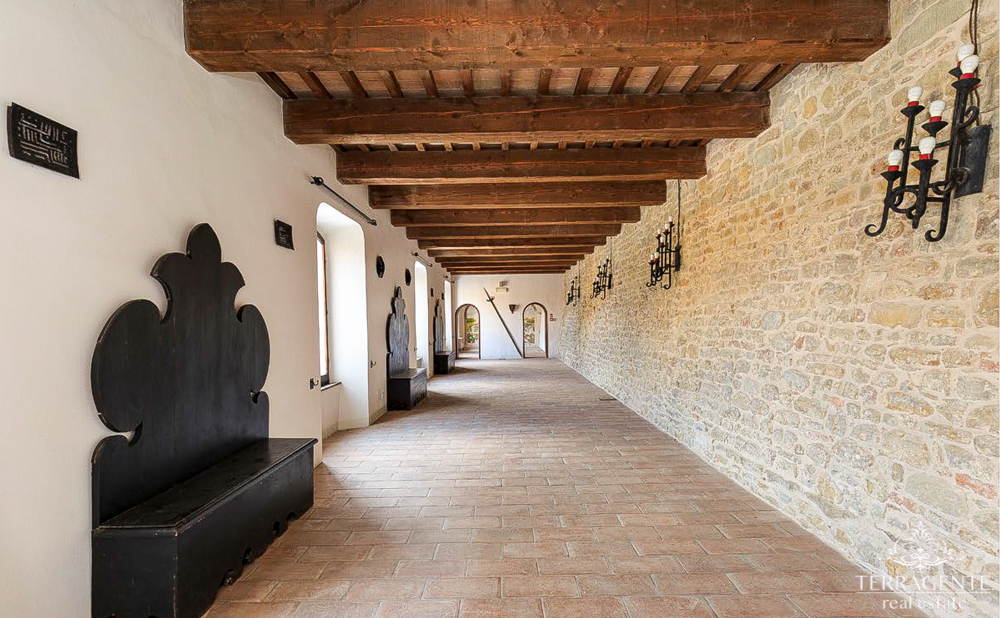 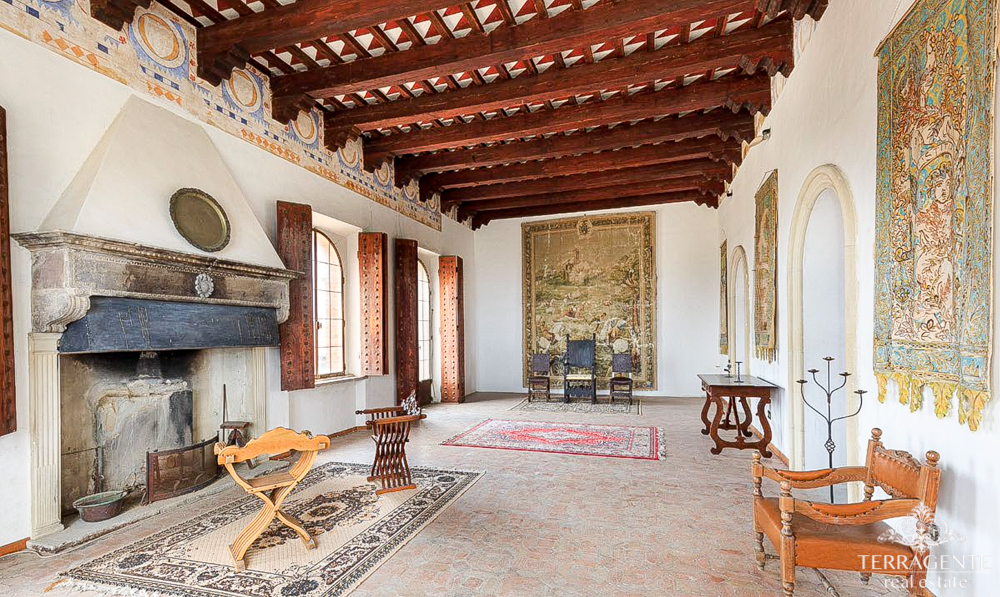 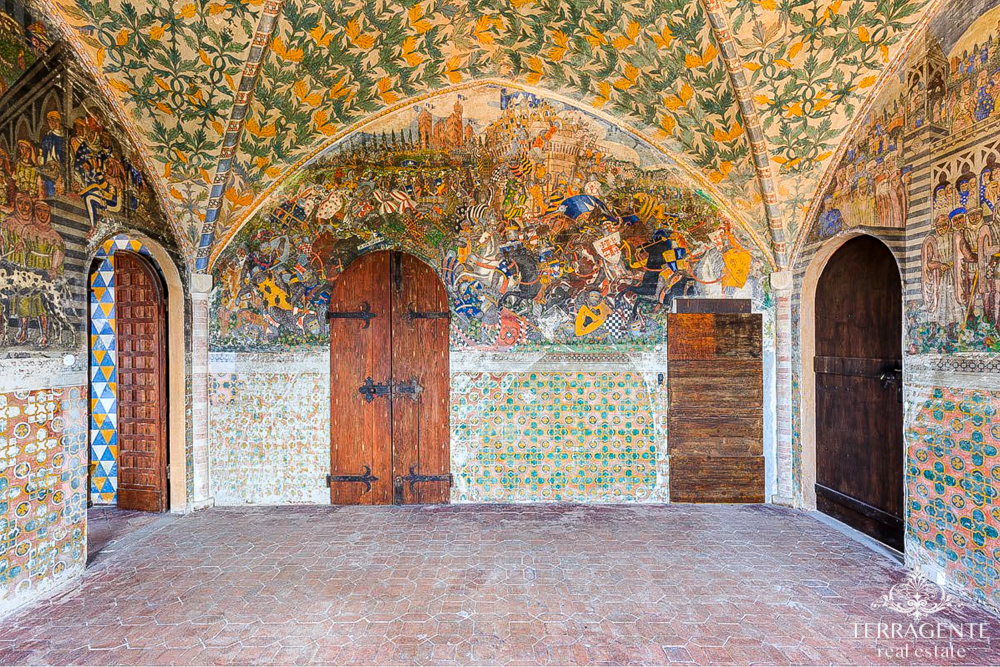 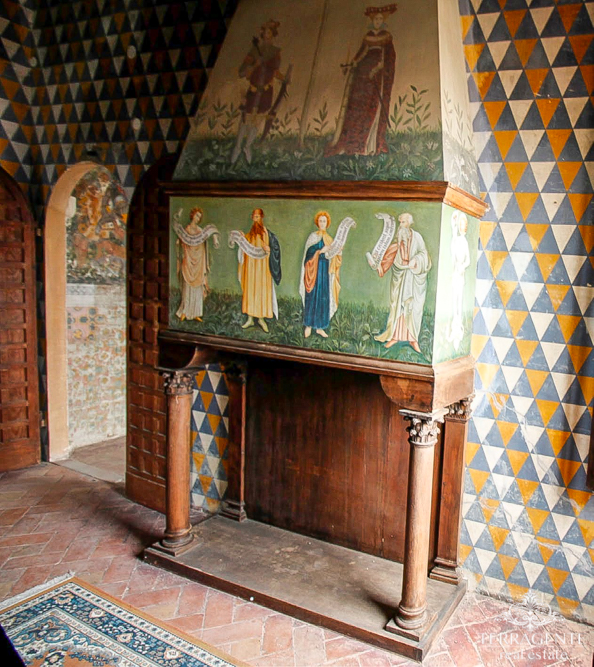 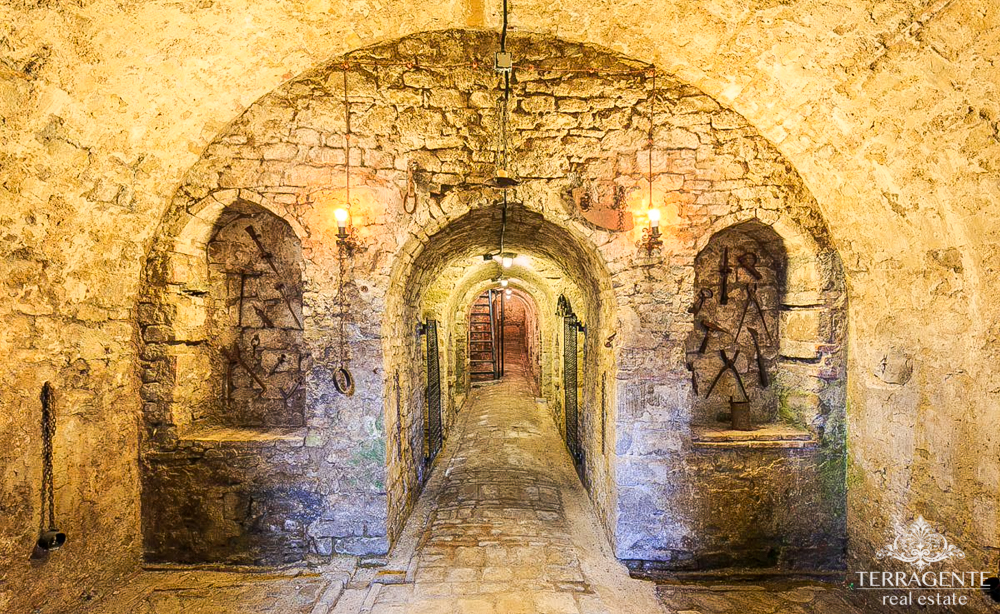 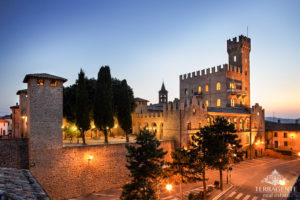 Castle for sale in the Marche countryside

A magical and suggestive location, immersed in an imperturbable quiet, on the green of a hill and a few steps from the sea.

Perched on the crest of a hill in the Foglia River valley, halfway between Urbino and the Adriatic coast, this splendid manor welcomes us in the center of a small village in the Marche region. The castle can already be admired in the distance, with its elegant silhouette typical of the medieval era.

The construction of the main nucleus, commissioned by the Malatesta family, dates back to 1290. The property then, after many disputes, passed to the Montefeltro family and later to the Papal State, reaching up to the current owner who has been able to enhance this extraordinary property with an impressive restoration, intervening on the external walls, the roofs, floors and technical systems, using recycled materials and working very carefully without disrupting the original medieval setting of the Castle.

We access the property through a large internal courtyard of about 700 square meters surrounded by the original walls that enclose the central nucleus, rebuilt several times over the centuries. The internal courtyard leads directly to the main building, developed on 5 floors.

Upon entering we find various reception halls, staggered over two floors and perfectly restored, still used today for banquets and ceremonies. On the ground floor we find various service rooms, including: two kitchens, bathrooms and changing rooms, as well as additional rooms, some of which still need to be finished and whose destination may vary according to different needs. Going up to the first floor, we find the Armor Room of about 170 square meters, which is unfinished and can be configured according to different options and preferences.

The rooms are currently used to host various events and to recreate original historical settings.

From one of the rooms on the first floor, we can go up to the second floor where we find a large sleeping area, consisting of five suites, each with a private bathroom.

The floor needs to be entirely renovated, either keeping the current subdivision or modifying it. Going up to the third and fourth floors, via the massive wooden staircase inside the tower, we find two elegant apartments featuring high ceilings with original beams and embellished with frescoes. Probably private rooms of the Families who have succeeded in the ownership of this splendid Castle. On both floors we also find a large terrace with sea view and a second terrace overlooking the internal courtyard of the Castle.

The private apartments of Count Petrangolini are completely frescoed with war scenes, certainly in memory of the many vicissitudes that the residence has experienced during its seven centuries of history.

Over the main body we find a large fascinating crenellated tower. From the top, we can enjoy a breathtaking view of the entire surrounding countryside all the way to the sea.

On the perimeter walls rise three more towers, with access both from the inside and from the street, where other luxury suites can be obtained.

The underground caves containing the icebox and other service rooms are also very suggestive.

Tavoleto owes its name to the word “tavola”, which means wood board in Italian. Here artisans worked at the ancient processing of lumber which, turned into boards, was transported to the sources of the Tiber from where it “slipped” to Rome.

Enclosed by ancient walls, it no longer retains any trace of the fortress that Francesco di Giorgio Martini designed for Duke Frederick in 1458. In fact, the fortress was torn down in 1865 and in its place a medieval-style castle was built, retaining, in the part behind the gardens, part of the ancient structure. Also visible are the remains of a Roman building.

The first records of the Tavoleto castle date back to 1361, when it is mentioned among the 42 castles of Rimini, and it was probably built in the last years of the 1200s by the Malatesta family. In the 15th century the castle of Tavoleto was involved in the war between Federico da Montefeltro and Sigismondo Malatesta, and between 1439 and 1458 it was lost and retaken five times until it finally passed to Duke Federico. A military garrison with podestà jurisdiction over the surrounding castles was established in the new castle.

In 1631 the castle of Tavoleto, together with the entire Duchy of Urbino, returned under the direct control of the Papacy, maintaining its pre-eminence over neighboring castles having become a vicariate seat. From 1631, the Tavoleto Castle remained quietly within the affairs of the Papal State, until March 31, 1797, when Franco-Cisalpine troops marched on the castle and set it on fire. It remained in dangerous conditions until 1865, when it was torn down to use the resulting material for the construction of municipal roads and to repair the castle walls themselves.

In 1885, the lawyer Ferdinando Petrangolini received the title of Count from Pope Leo XIII and the territories belonging to the vicariate of Tavoleto were subjected to him. The Count began the reconstruction work, including the upper floors and the crenellated tower based on the outline of the existing building. Even the Second World War saw the Castle as the protagonist of fierce fighting between the German troops, busy fortifying the defenses of the nearby Gothic Line, and the Allied troops, who after a few attempts managed to free the city. 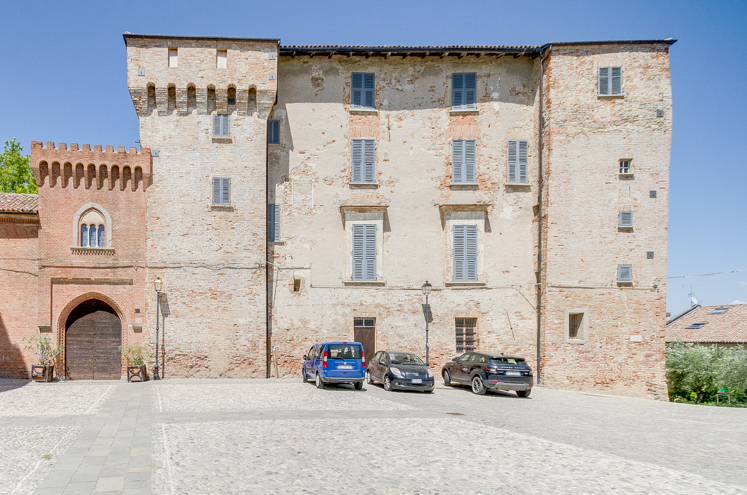 Charming Castle in Piedmont for sale – 898 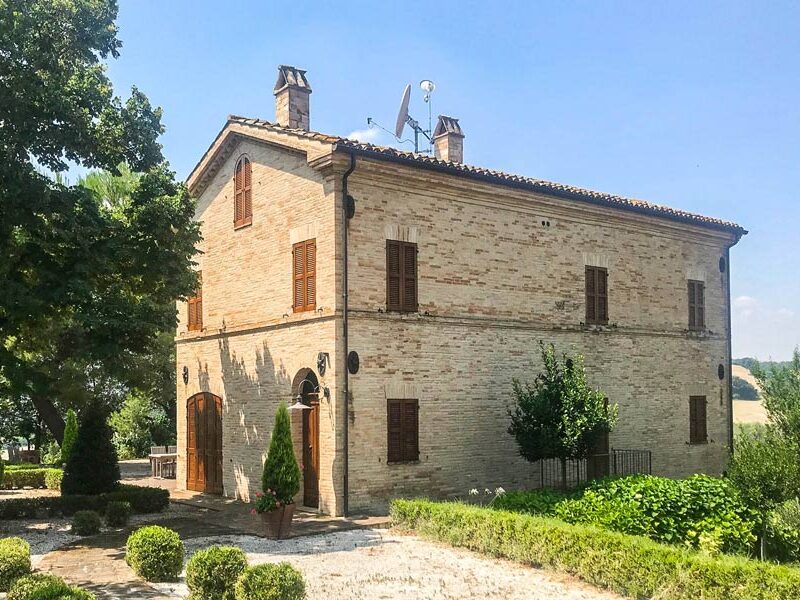